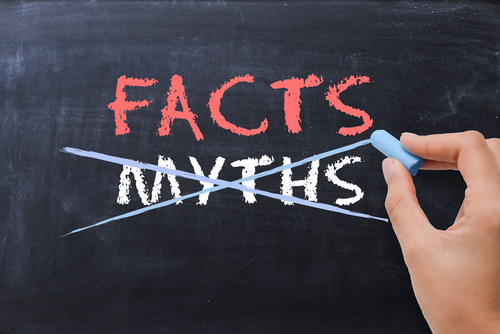 What’s the first thing that comes to mind when you think of heating oil? Come on, be honest…

The truth is, despite having kept New Englanders warm for nearly a century, heating oil remains a misunderstood fuel. In this post, we’ll attempt to set the record straight on heating oil, busting a few myths along the way so you can make an educated choice about the fuel you use for your southeastern Massachusetts or Rhode Island home.

Fact: This may have been true 40 years ago, but today’s fuel oil burns more than 90 percent cleaner than it did then. In fact, today’s heating oil burns virtually soot free – one reason that oil heat emissions aren’t even regulated by the federal Clean Air Act.

Fact: If you dropped a lit match into a pool of heating oil, it would go out as if you had dropped it in water. The truth is that oil requires very specific conditions in order to burn: it must first be heated to a temperature of 140 degrees, then must be vaporized in controlled conditions. The story is quite different with natural gas or gasoline, which are volatile at room temperature.

Fact: Relative to inflation, home heating oil is cheaper now than it was in 1980. Although the oil market has its ups and downs, heating oil has remained an affordable source of home energy over the long haul.

Fact: New oil deposits are being discovered every day, both here and abroad (including Canada – see Myth 6 below). The bottom line: we will not run out any time soon.

Myth 6: Most of the heating oil in the U.S. is from the Middle East.

Fact: More than one-third of the heating oil we use here is produced domestically. Of the remaining supply, Canada produces more of our oil than all Middle Eastern countries combined.

Could heating oil be right for your southeastern Massachusetts or Rhode Island home or business? Contact Discount Oil Brokers today and find out!

How Much Fuel to Order

Try our easy-to-use oil delivery calculator to determine how much fuel you’ll need to order.

Thousands of homeowners are already saving. See if we service your area!